Back in November I found myself at Tate Britain, looking at the work of the soon to be Turner Prize winning artist Duncan Campbell. This work was introduced by a reference to the philosopher and playwright Samuel Beckett and I was particularly struck by the quote “To find a form that accommodates the mess….”

Within this statement I recognised something of what I believe to be the nature of photography and of great significance to my own experience.

Over the years I have explored many genres, from natural form and landscape to portraiture and social documentary. I have never been one to be confined to any single area of practice (possibly to my detriment), I firmly believe that you should trust your instincts and ‘go with the flow’. Much in creative art, and by which I most certainly include photography, feels intuitive. We find ourselves photographing that which demands our attention, in a way that we hope will realise our intentions even if we are not fully aware of what those intentions might be. Often the process of image making is the means by which we come to understand what it is we are looking for.

My current preoccupation is with what might be loosely described as ‘street’ photography, although I prefer to think of it as ‘observational documentary’(1).  My point is that essentially I like to shoot without constructing or imposing, but rather to observe and capture interactions and visual relationships between subjects, including on occasion interactions between the subject and the camera, within the viewfinder. I am looking and responding, not planning and directing. I am trying to organise elements within a the frame and by carefully choosing the exact moment to press the shutter, extract visual and narrative structure from a scene that is constantly changing. In other words it is an attempt create order from the chaos, “form that accommodates the mess”. You might be thinking that this is a notion that you have encountered before, and you would be right. We are talking here about Henri Cartier-Bresson’s concept of the ‘decisive moment’. And I quote…

”… photography is the simultaneous recognition, in a fraction of a second, of the significance of an event as well as of a precise organisation of forms which give that event its proper expression. It is, then, both form and content.”(2)

“Photography is for me the development of a plastic medium, based on the pleasure of observing, and the ability to capture a decisive moment in a constant struggle with time.”(2)

This approach is not without its frustrations. It is a necessary condition that you will shoot a great deal which will not make the grade, that not all your pictures will be successful. In my imagination I fancy that each of Cartier-Bresson’s iconic ‘decisive moments’ are accompanied by 35 less decisive ones on the contact sheet. Cartier-Bresson himself proclaimed “Your first 10,000 photographs are your worst”. In the production of his seminal book ‘The Americans’, Robert Frank reportedly shot something in the order of 28,000 photographs, the book featured 83 plates. The famous street photographer Gary Winogrand was an exceptionally prolific shooter and is rumoured to have left some 2,500 rolls of undeveloped film upon his death. 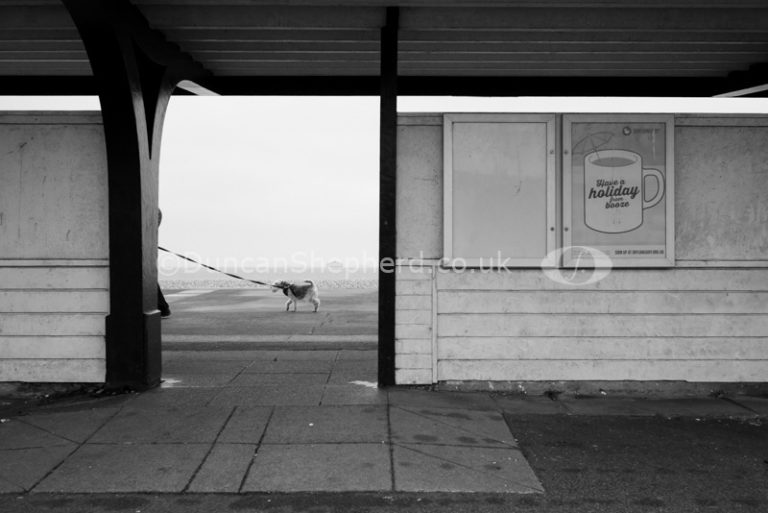 It is also true to say that it is not always the ones that you think will work that do, and that sometimes the image you finish up with is not the one that you originally conceived. When working with so many variables, with so little control over a world in a state of continual and dynamic flux, and with only a split second to see, to react, rarely do you get exactly what you want. Many famous ‘street’ photographers describe being haunted by the pictures that they missed. But remember, your audience only sees the stuff you show them. It doesn’t matter how many frames you have shot, how many hours you have spent shooting, the pictures you get are what matter. You wont get them all, not everyone will be perfect. Learn from your mistakes and move on. This is to a degree applicable to most genres, not just ‘street’, although it is reasonable to assume that the landscape photographer is more likely to have a greater ‘hit’ rate in terms of frames exposed to images used. That does not mean that there is any less time or energy invested, that it is any less demanding, or that the process is less frustrating. You just have to take less shots.

So, with my Turner Prize Exhibition experience in mind, I have assembled the following collection of quotes, many  from photographers that I especially admire, all of them have resonance with my understanding and experience of photography. I hope that they will be of value and that you might see some relevance to your own image making. I would be very interested to hear you views…

“My best work is often almost unconscious and occurs ahead of my ability to understand it.”

“Thinking should be done before and after, not during photographing.”

“Consulting the rules of composition before taking a photograph, is like consulting the laws of gravity before going for a walk.”

“You see something happening and you bang away at it. Either you get what you saw or you get something else–and whichever is better you print.”

“Why is Form beautiful? Because, I think, it helps us confront our worst fear, the suspicion that life may be chaos and that therefore our suffering is without meaning.”

“A good snapshot stops a moment from running away.”

“Photographers mistake the emotion they feel while taking the picture as judgment that the photograph is good.”

“If your pictures aren’t good enough, you aren’t close enough.”

“The whole point of taking pictures is so that you don’t have to explain things with words.”

“Twelve significant photographs in any one year is a good crop.”

“There are no photographs while I’m reloading”

– Gary Winogrand (on being asked about missing shots whilst changing film)

“No place is boring, if you’ve had a good night’s sleep and have a pocket full of unexposed film.”

“If you keep your cool, you’ll get everything.” 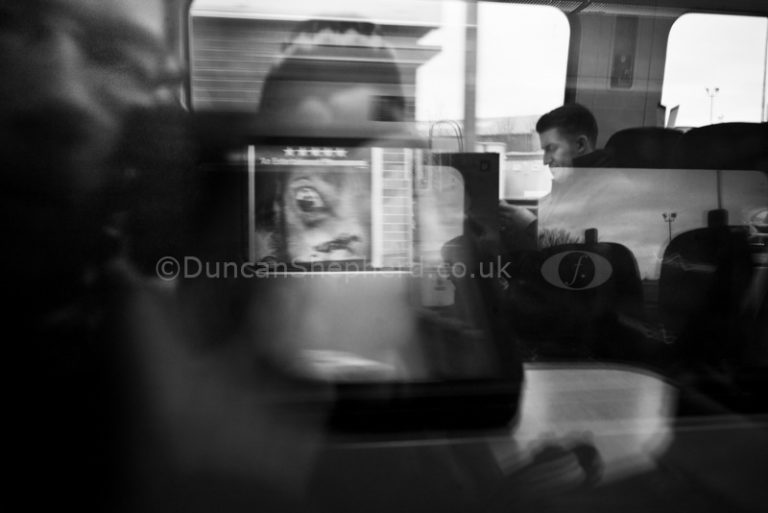 (1) I have noticed a vibrant and occasionally heated debate that rages in the ‘blogosphere’ as to what is or is not ‘street’ photography. That is not my concern here (perhaps I’ll save that for a different post), it is not important. I made the decision a long time ago not to allow myself to be constrained by a need to make images to fit a preconceived category and I urge you to do the same. Just do your thing, shoot what you want to shoot. Let others worry as to which genre your work best fits… if they feel the need.