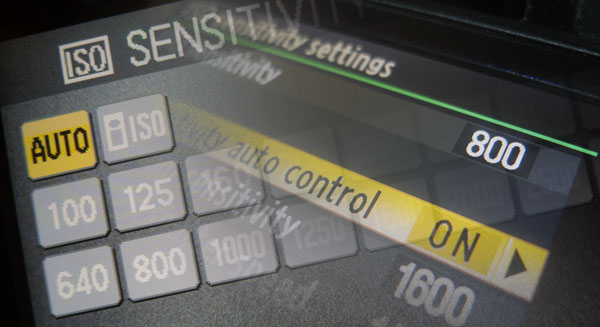 Whenever asked about Auto ISO I have always dismissed it out of hand. My stock response has invariably been “I never use it”, but more recently I have noticed that many photographers do, often as a default setting.  This seems especially true of documentary and ‘street’ photographers and I have been wondering why.  This has led me to question my preconceptions and conclude that perhaps it is time to look again at auto ISO, to consider if it has anything to offer my current practice.

What is ‘Auto ISO’

For an effective understanding of auto ISO we first need a more general explanation of ISO itself. Essentially ‘ISO’ is an expression of light sensitivity. In film photography it is often referred to as the ‘speed’ of the film – the higher the number the ‘faster’ the film. It is also the case that each time the ISO value doubles, the film is twice as sensitive to light. Thus ISO 200 film is twice as sensitive to light as ISO 100, but half as sensitive as ISO 400. Faster films require less light to make a good exposure, but image quality is compromised by more visible ‘grain’. The target therefore is to match the speed of the film to the conditions of shooting whilst still achieving an acceptable final image quality 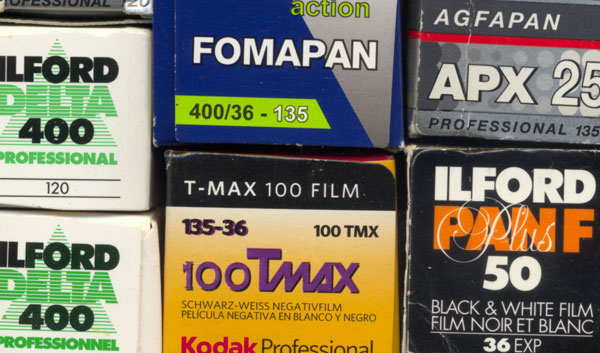 This is also the case for digital imaging where the same ISO scale has been adopted, the difference being that ISO allocation has become less rigid. With film a change in ISO requires a change in film stock, once you start shooting, the ISO of that roll of film is fixed, but with a digital camera the  ISO can be varied from shot to shot. Consequently modern digital cameras have far greater flexibility and many also offer the option to allow ISO variation to occur ‘automatically’, giving a new form of auto exposure control – namely ‘Auto ISO’.

Auto exposure systems first started to appear on cameras in the late 1960s, being refined throughout the 1970s, and by the peak of the film era most SLR cameras offered three auto exposure modes, ‘aperture priority’ (manual aperture selection – auto shutter speed), ‘shutter priority’ (manual shutter speed selection – auto aperture), and ‘program’ (auto shutter speed and aperture). Modern DSLR cameras also offer these same options, in most cases easily selected using a dedicated ‘mode’ dial/button. So, either you choose an aperture based on the depth of field required and relinquish control of the shutter speed, or you choose to control camera/subject movement by selecting an appropriate shutter speed and let the camera control the aperture. I would suggest that in any situation either the depth of field or the camera/subject movement is a factor that requires the photographer to exercise some degree of direct control and therefore the third option of letting the camera choose both shutter and aperture is something that I personally have never bothered with.

Now we have a new option. Using auto ISO we can set both the shutter speed and the aperture manually and accommodate variations in exposure by allowing the camera to control sensitivity. This might appear especially attractive to the documentary photographer reacting quickly in a dynamic environment, needing fast shutter speeds to freeze motion, and specific apertures to provide sufficient depth of field, possibly in conjunction with ‘zone focusing’. With this in mind, I have begun to experiment with Auto ISO.

Most cameras featuring auto ISO allow the user to set an upper limit and restrict the range of sensitivity within which the camera will operate. What you set will depend upon what you feel is the limit of acceptable quality for your camera  (as with film, increasing the ISO will decrease image quality, by way of ‘noise’). For the purposes of my experiments I settled on a ceiling of ISO1600. I then set my shutter speed to 1/500th, my aperture to f8, and ventured out, using zone focusing with a manual focus lens to give me the full ‘snapshot’ experience.

Shooting in this way definitely has its attractions. The ability to fix shutter and aperture, yet still have some auto exposure control is quite liberating. All that I have to concentrate on is framing, with maybe some quick focus tweaking, and pressing the shutter. Without the distraction of monitoring the viewfinder information for shutter speed or aperture information, it is easier to concentrate fully on the image. Great! The only compromise would seem to be that I have to accept some variation in image quality with reference to noise. For my street/documentary work, this is not a problem. I already apply some variation in ISO manually as conditions change, and my full frame camera gives excellent high ISO performance at 1600 – the compromise is minimal. So it’s all good then; well, not quite. To say I have an issue with auto ISO is not entirely accurate. What I have is an issue with auto exposure in general. To clarify, I need to first add some information about exposure.

As you are no doubt aware, exposure is the process of providing the sensor (or film) with the optimum quantity of light required to record the right strength of image. Not enough light will result in an under exposed image, lacking in shadow detail/data, too much light and the image will be too bright and highlight detail will be lost. To solve this the camera meters the light entering through the lens to calculate an appropriate shutter speed/aperture combination and deliver the correct exposure when the shutter is pressed. The problem is that it doesn’t always get it right.

You may well be familiar with the exposure triangle, the notion that we have three factors, aperture, shutter speed and ISO, and that if we vary one we must compensate with the others in order to maintain the overall level of exposure. Whilst on the surface this model might appear useful, it is my belief that it can be misleading in our attempts to understand exposure calculation. The exposure triangle describes how we might deliver a given quantity of exposure, but it does not address the problem of how we measure/calculate what that quantity should be. Essentially, the reason that we need to change the exposure settings from one photographic situation to another is a consequence of just two variables, level of illumination and level of light sensitivity. The second variable is easy to deal with, just set an ISO (ignoring auto ISO for the time being). The other factor, the level of illumination, is measured by the camera meter which reads the intensity of the light reflected from the subject and passing through the lens. This is where things starts to go wrong. What constitutes the  ‘level of illumination’ is the amount of light falling on the subject (the ‘incident’ light), but the camera attempts to measure this by reading the amount of light reflected off the subject (the ‘reflected’ light), and not all things reflect the same amount of light. Some subjects absorb little and reflect a high proportion on the incident light, others absorb much more and reflect only a small percentage of light, making them inherently darker in tone. Therefore a reflected light reading will be influenced by the tone of the subject.

When you work with manual exposure control,  assessing the level of illumination and dialling in appropriate settings is a separate process from ‘taking’ the picture. When you use auto exposure the camera constantly reassesses and reconfigures the exposure shot by shot. If the subject is inherently lighter (classical examples include a snow scene or at the beach) the camera will ‘automatically’ underexpose, if the subject is dark toned, then the camera will automatically over expose. Therefore I argue that auto exposure is in-precise and frequently inaccurate, especially when the lighting is complex, which conversely is when you might believe you need auto exposure the most.  In theory, if I were to walk along my local seafront, the level of illumination remains pretty uniform throughout. Therefore the exposure required should be the same for all my shots, I set my shutter speed, aperture and ISO, and just shoot. But if I use auto exposure the camera will give me a whole load of different responses based on variations in subject tone, not necessarily illumination.  Some of these exposures might be ‘right’, or close to it, if I’m lucky. Using auto exposure surrenders control to the camera, and auto ISO is a form of auto exposure control. This is evident in the two images featured bellow. The first, shot using auto ISO is underexposed, the meter being ‘fooled’ by the high percentage of light tones in the scene (sky/sea/shingle).

In this next shot, the subject is again predominately light toned, but the exposure assessment was made prior to shooting, using the ‘key tone’ method. Shutter speed, aperture and ISO were all set manually and a more accurate exposure was achieved.

Of course, in reality things are not that simple. The level of illumination is rarely uniform, the sun may disappear behind a cloud, your subject may be in the shadow of a building, or maybe backlit. The ideal response to such changes is to make new exposure assessments.  I suggest that this is best achieved with manual exposure control and more often than not this is how I try to work, but before you accuse me of being too sanctimonious, I am not claiming that I never use auto exposure, that would simply be untrue. It would be more accurate to say I have a preference for manual exposure. However, there are occasions when lighting conditions are variable and things are happening fast and this makes manual reassessment impractical, if not impossible. This is the moment to resort to auto exposure, accepting a compromising on precision to get that shot. Even a technically imperfect exposure is an improvement on no exposure at all.

Under such circumstances, I have up to this point tended to be most comfortable with aperture priority (unless shooting something like motorsport of course). Having now experimented with auto ISO this might not be so straight forward. Next time I am shooting in the street and I have need of auto exposure I might see auto ISO as my preferred option, that is, if there is time to set it. In truth this is not often the case. Setting aperture priority is a simple flick of the mode dial round to ‘A’ – I can do this precisely and quickly, on some cameras just by feel. Auto ISO is invariably accessed through a menu which is a much slower operation, and even when there is a dedicated ISO button, ‘auto’ is just one option within a list of available settings, necessitating scrolling/nudging through other speeds to select it. If I have that much time, I probably have time to set exposure manually.  If only there was a dedicated ‘Auto ISO’ button, a way of simply switching it on and off. Now that would be really useful. Are you listening Nikon? Canon? Leica?…

Any cookies that may not be particularly necessary for the website to function and is used specifically to collect user personal data via analytics, ads, other embedded contents are termed as non-necessary cookies. It is mandatory to procure user consent prior to running these cookies on your website.