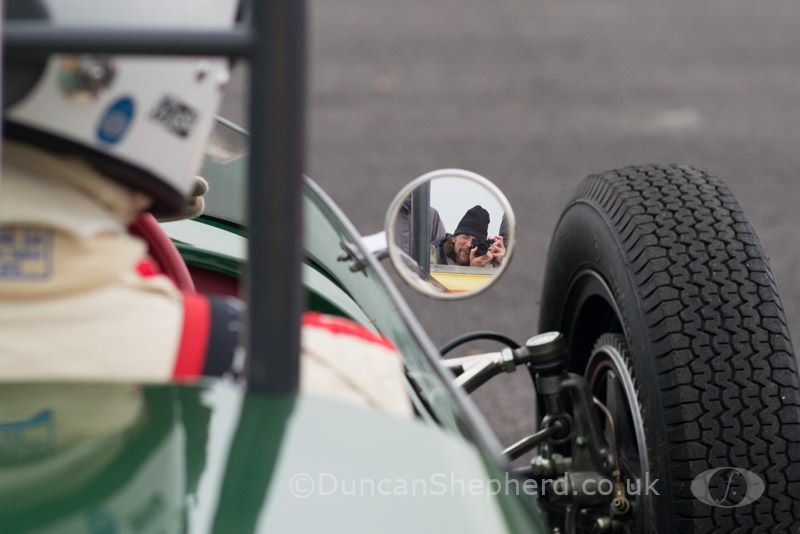 However desirable and functional the Leica M might be, it is perhaps not the first choice of camera for a motorsport assignment. As both an avid M shooter and a devotee of motorsport, especially classic/historic events, I thought I might offer some insight into my experiences of shooting with an M at the track, and in particular a recent meet at the Castle Combe circuit in Wiltshire.

I have been covering amateur events, mostly sprints and hillclimbs, with an emphasis on the paddock concentrating on the competitors rather than the cars or the action. Through this I have been developing a series of observations and informal portraits which feature on my portfolio page.  No problems for the M –  discrete, unobtrusive, informal, observational… right up ‘Leica Street’. Venture out onto the circuit to capture the action however; this is much more of a technical challenge for an M shooter. 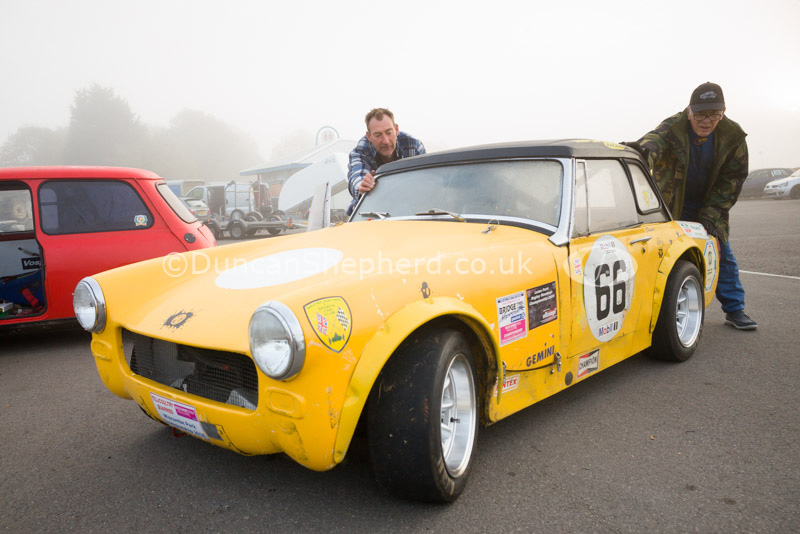 Action photography, be it sport or wildlife has long been the domain of the DSLR. Take a look at the marketing of high end cameras from the likes of Canon, Nikon and Sony with brochures boasting of autofocus speed, the number of focusing points and intelligent focusing tracking the keeps everything sharp regardless of its speed, direction and position in the frame. Sophisticated systems are illustrated with dramatic and dynamic images of athletes, cyclists and alpine skiers, along with exotic wildlife and birds in flight. Manufacturers also emphasise the continuous shooting frame rate, the size of the memory buffer and the number of frames that can be recorded in a single burst. Fair play, there is some really impressive technology underpinning these systems, technology which can and does deliver…up to a point.

Consider autofocus for a moment, something which of course the M does not have (and never will). Whilst this is undoubtedly a very useful asset, it is not infallible – simply selecting autofocus does not in itself guarantee sharp images, or that the lens will focus on the right subject/point. There are many variables to address and these cameras offer a range of autofocus settings aimed at resolving both the acquisition of correct focus and maintaining that focus as the subject changes its distance and moves across the frame. Choices include the number of active focus points, focus lock or focus tracking, intelligent focussing such as ‘face recognition’ and settings which control how tolerant the system is of brief interruptions such as another player moving into the frame, or maybe a tree or post when panning at the race track. Whilst these systems are undoubtedly impressive they are not ‘magic’, they are not 100% reliable.

Having a high frame rate can also be an attractive feature and ever increasing continuous frame rates are on offer along with large memory buffers that allow cameras to keep shooting for as long as anyone might want or need. The argument against this approach – point, squirt, choose the best from the many – is that it is hardly precise or even efficient. What we finish up with is a certain lack of control over the moment of exposure, and a considerable amount of redundancy to wade through in search of the image we actually want. That is not to say that good sports photographers simply adopt the ‘machine gun’ approach (they don’t), but the facility is seductive and tempting.

Returning to the M, on face value there is considerable disadvantage. No autofocus, no focus tracking, a miserable continuous frame rate (2fps for about 6 or 7 frames in Raw) and to top it all no TTL viewfinding. To use the M for a motorsport assignment would seem to be at best demanding, at worst one might even suggest ridiculous, but it is not impossible.

On Assignment with the Leica M

A couple of weekends ago I attended the Bristol MC Pegasus Sprint. I did my usual thing, wandering around the paddock documenting the drivers and preparation activities when I was approached by an organiser of the event. It appeared that they were expecting a photographer who had not at that stage turned up (I don’t know if they ever did) and I was asked if I might be willing to send in some images of the event for use on the Bristol MC website. I explained that I was happy to do that, but my focus was on the paddock and I was not really equipped for action photography. “No matter” they said, “anything would be better than no images at all”. In the end I signed on as official media to give me access to the pits, start line and as it turned out better access to the track itself. The day had changed and I felt pressured to come up with track side images, something that I have done on numerous occasions using a DSLR but only rarely had I attempted with an M. In my bag I had my M240 with a 28mm, 50mm and a 135mm. I also had an auxiliary electronic view finder (EVF).

Working around the pit lane is much like the paddock and the M is in its element. Using the 50mm and the 28mm I was easily able to shoot at the start line. 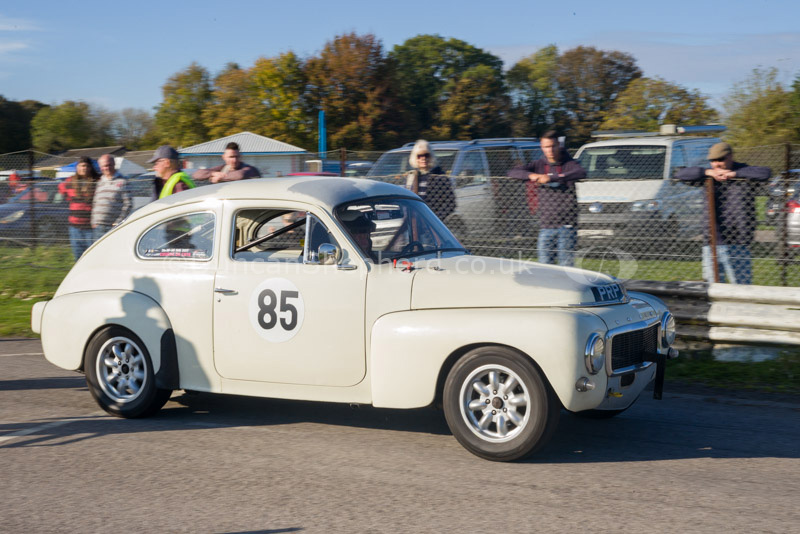 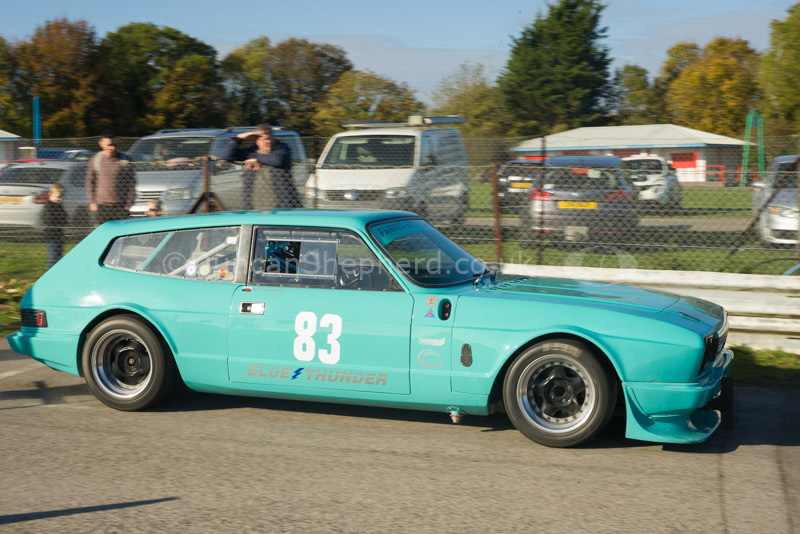 Out on the circuit is quite a different matter. First off no autofocus. On face value this seems like a bigger issue that it actually is. With a manual focus camera such as the M it is a matter of pre-focusing, choosing a set distance anticipating where the subject will be and then pressing the shutter release when the subject reaches that point. Not as easy or convenient as autofocus, certainly it requires practice, but as I hope my results prove, not impossible and arguably more predictable. 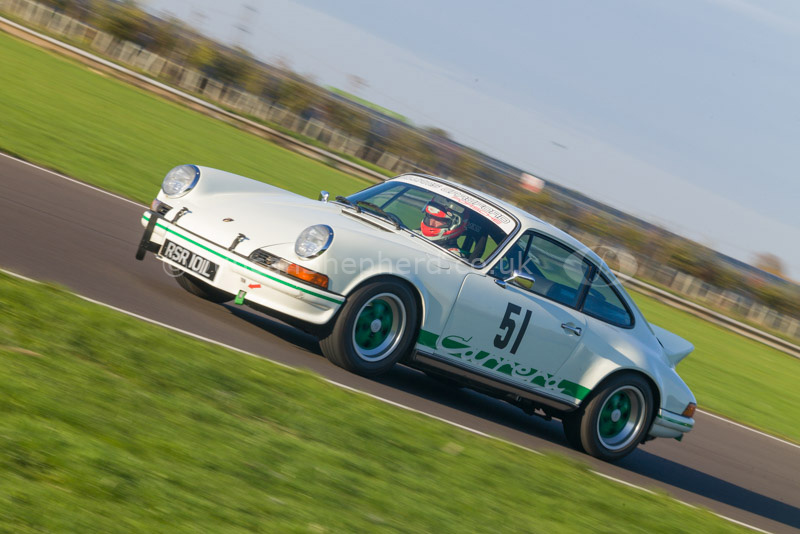 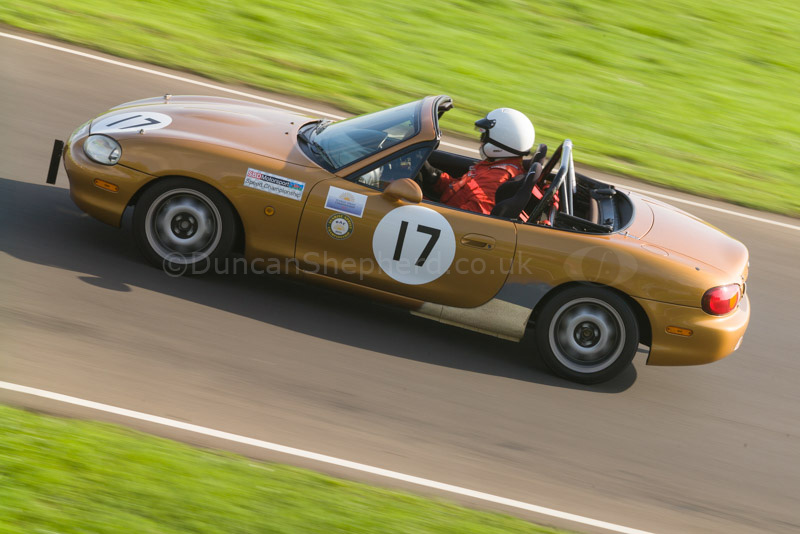 One aspect of the M design that does work in its favour is the viewfinder. A direct viewfinder is not subjected to the blocking out during exposure that is inherent in a reflex or EVF design. This especially aids panning as it is arguably easier to keep accurate framing and follow the action smoothly during the exposure.

Perhaps the biggest challenge I have faced using an M to shoot motorsport action lies in the restricted focal length. 135mm is not only the longest lens I possess for the M, it is realistically the longest focal length M lens available and this means that you need to be close to the action. Unless you have access to the track side as official media, this is often impossible to achieve whilst still having an unrestricted view (i.e. no catch fence). Signing on at Castle Combe did enabled me to get that little bit closer, but not nearly enough to frame cars head-on. I did find that I was able to shoot ¾ and side on reasonably successfully though 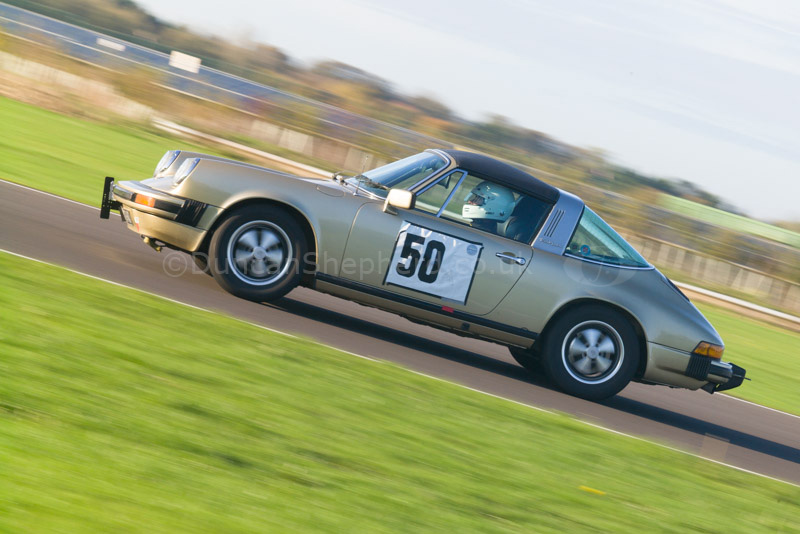 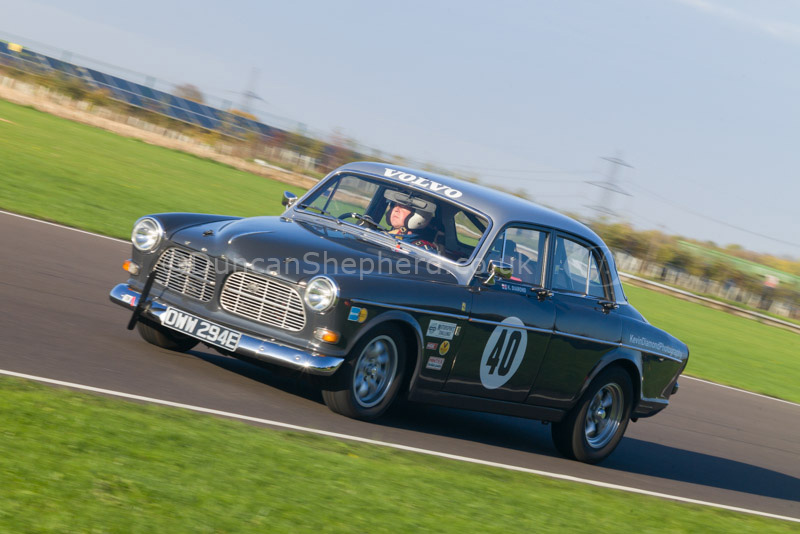 Other classic and historic venues allow closer access as a regular spectator and this is one of the attractions of this type of motorsport; the fact that it is still largely amateur and thus more accessible to the enthusiast/public. I have often found that using a 135mm, 90mm and on occasion even 50mm to be more than adequate, especially at hill climb events.

Another option to consider is the use of non-M glass adapted to fit on the M. I have experimented with this in the past using an adaptor to fit a Leica R lens to the M240. I am not blessed with much in the way of R glass,  the only long option available was a 75-200mm f4 which those of you in the know will be aware is lens is not really a true R, being a product of Leica’s collaboration with Minolta back in the 70s. It proved to be a poor performer in comparison to M glass, definitely less sharp with abundant colour fringing/chromatic aberration. I managed to correct this to a degree in post but I did not find the results satisfactory . If a superior optic such as the true Leica R 80-200 ROM was at my disposal, results would almost certainly be a great deal better.

Leica did make M lenses longer than 135mm back in the day, using the ‘Visoflex’ system, offering focal lengths up to 800mm. Whilst there are adaptors available that allow fitting to a modern digital M, these lenses are rare and the design is definitely vintage. I suggest that they are too niche for serious consideration. A better option would be to stick to R glass or adapt a modern Nikkor or Canon lens.

Working with an adapted non-M lens also requires the use of either ‘live view’ or the add-on EVF. The M240 was the first digital M to offer this facility, but its not great. There is noticeable shutter lag and the screen/EVF blacks out not only during exposure but for a significant period after, making panning and rapid shooting impossible. I wouldn’t say that the EVF is of no use, I find it can help with accurate focusing/pre-focusing, but it is decidedly clunky to shoot with*. I also feel that adding cumbersome, heavy glass negates one of my key reasons for using an M in the first place. If I am going to have to carry the extra bulk of a modern 70-200 f2.8, or 300 f4, I might as well carry a DSLR body.

M is for Motorsport

So is M for motorsport? Well it can be. If you practice your pre-focusing and panning techniques, successful and predictable results are not unobtainable. But on a rational, practical level restrictions are significant and I cannot hand on heart advocate using a Leica M over a DSLR when shooting action, especially if longer lenses are required. If you are determined to shoot with the M (after all, photography is not always about being rational), I recommend that you get your hands on a good used example of the 135mm f4 Tele-Elmar, get as close to the action and you can and forget the EVF on the M240.

(Next time I may well have a DSLR in reserve, just in case….) 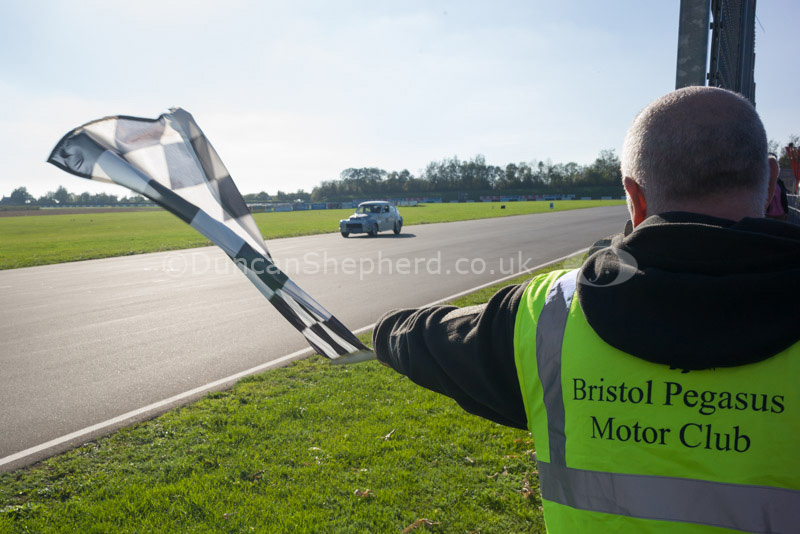